Back to our regularly scheduled programming. Articles will now be posted each Wednesday, as it makes for a better work schedule.

In this post we cover the demand for the Wahalajara system so it becomes easier to track the incremental demand.

It is going to be slightly dense but I’ve tried to make it nicely structured so it should be easy to follow.

The vast majority of demand comes from electricity generation, this can also be seen on Fermaca’s EBB and which is where the below mentioned demand points can be found.

I’ll attach the image of the Wahalajara system from the previous article to make it easier to follow. 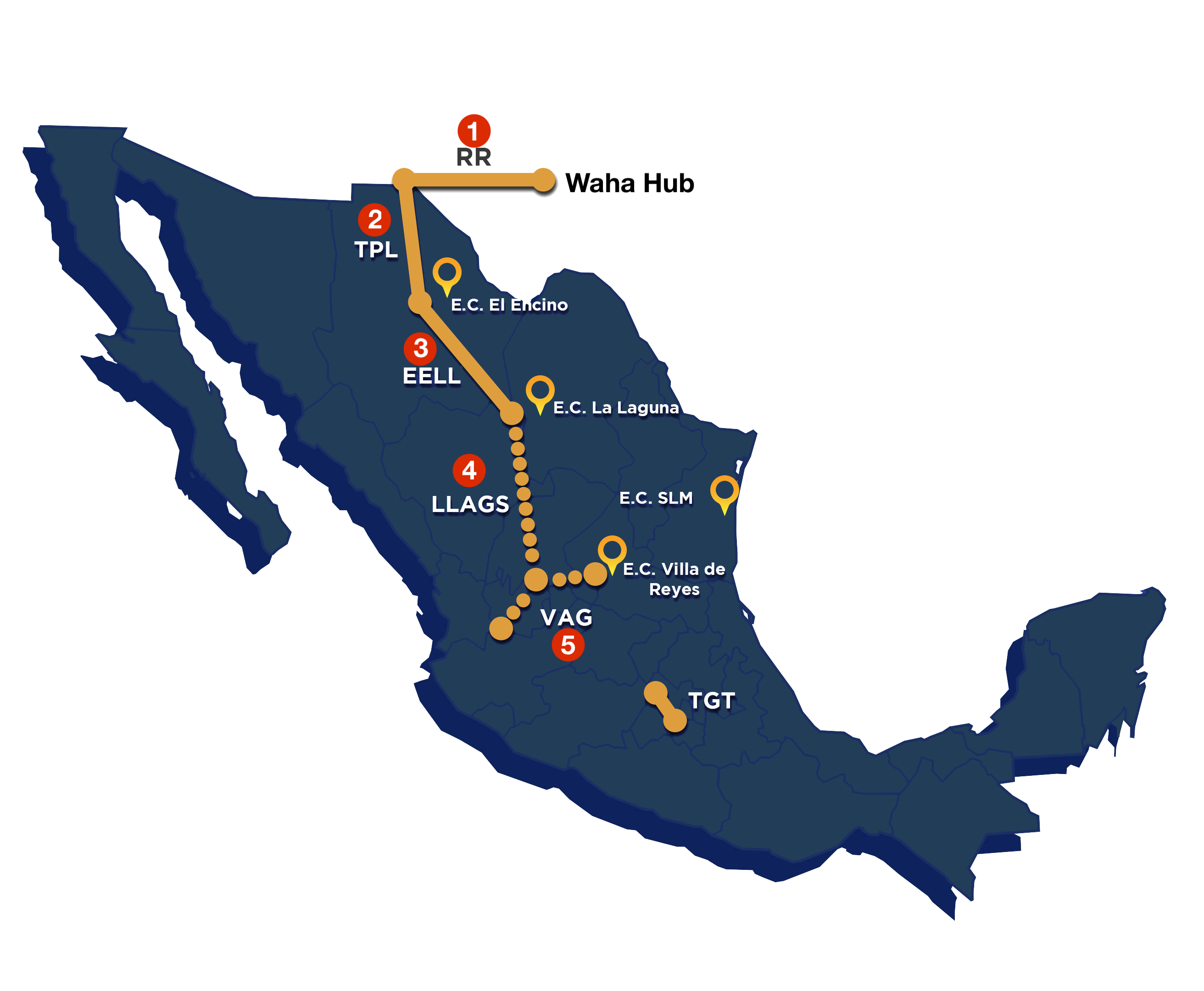 The powerplants will either be labeled “Combined Cycle” (CC) or “Combustion Turbine” (CT).

The basic assumption one can make is thus:

Based on this paper I’ll make the assumption that the average capacity factors are:

These being interconnections named EMRyC Lerdo and EMRyC Delicias respectively.

As you can see the construction of the combined cycle part (Norte IV) of the Lerdo power plant is not expected to come online so I will not include this in the below conclusion.

CFE owns 1189 MMCFD firm capacity on this pipeline out of the 1319 capacity.

However, after a lot of research I have yet to find evidence of these power plants in any shape or form outside of the contract. This leads me to believe that the majority of the gas will flow further downstream.

This is evidenced by the fact that according to the company in charge of construction on this section of the pipeline system, the pipeline will have a 910 MMFCD interconnection to the downstream pipeline of Villa De Reyes - Aguascalientes - Guadalajara pipeline.

The only powerplant currently along this section is Norte Durango (Fenosa Durango), a 555 MW combined cycle power plant. This equates to a gas demand of roughly 80 MMCFD. However, it is most likely supplied by the existing Sistrangas network.

The majority of the demand on this section will come from the 875 MW Tierra Mojada plant in Guadalajara. This equates a demand of 126 MMCFD.

Furthermore, once the reversal of the TC Energy pipeline at Zapotlanejo takes place. We should see the supply switch from the current LNG regasification plant at Manzanillo to being supplied from VAG.

Manzanillo equates to roughly 300-400 MMCFD but could be as high as 800 MMCFD if weather permits. You can see more evidence of sendouts from Manzanillo in my previous article.

To sum it all up I’ll put the incremental demand in a table below:

Below you’ll see an the current flows (in MMBTU) that make it on to Tarahumara. With this, we can see if we’re close to matching the incremental demand. 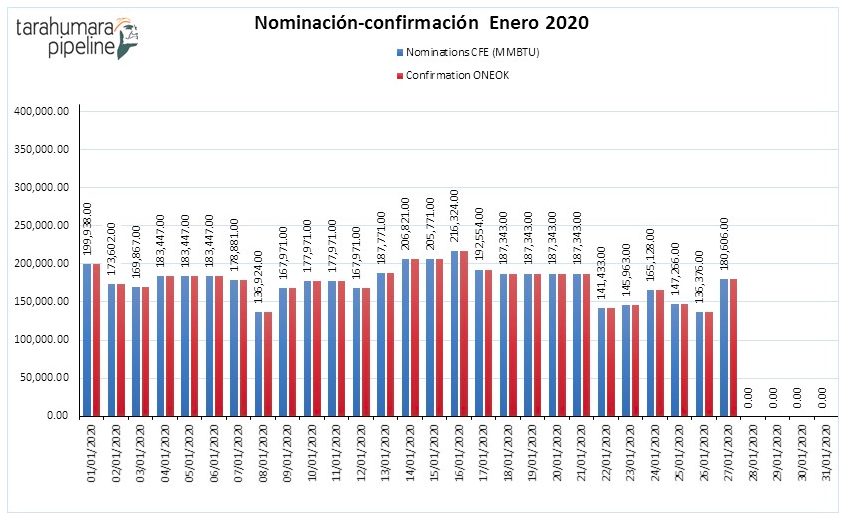 The average flow has been around 180 MMCFD with the high being 210 MMCFD.

As we can see this is pretty close to the max incremental demand on Tarahumara and El Encino - La Laguna. That number is 232 MMCFD.

Fermaca has also yet to report any flows on La Laguna - Aguascalientes, and thus I conclude there is little to no demand on this section of the pipeline system. This matches my conclusion in the previous article:

In conclusion the opening of La Laguna - Aguascalientes will have little to no impact on current demand, as there really isn’t any generation in Aguascalientes.

It is not until we see the VAG pipeline of the Wahalajara system open that we will see a big change in flows on Road Runner across the border to Tarahumara.

Any questions regarding this article can be sent to:

If you have any suggestions for articles feel free to email me.

You may also enjoy

On Tuesday it was reported that Fermaca was launching their second to last pipeline of the so called “Wahalajara” pipeline system. The section is the La Lagu...